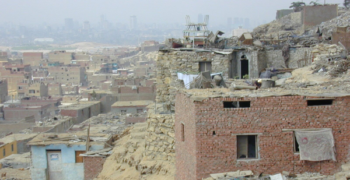 Despite a slight slowdown in demographic growth, large-scale urban sprawl is still a fact of life for cities in emerging and developing countries, and represents a pressing issue to which solutions must be found. The extension of these cities is reflected in the appearance of new neighbourhoods of varying legality in terms of land-tenure status. The control and valorization of land has therefore become a key lever of urban policy.

Public authorities seek to take advantage of this resource by increasing property taxes, and by increasing the value of public assets. Incentivized by financial backers and international institutions who favour the balancing of local finances, they put in place reforms and regularization policies for areas of illegal occupancy, which are now often home to the majority of their cities’ populations.

The residents of these low-income neighbourhoods implement different practices in order to gain recognition of their land rights. Obtaining a plot of land, legally or otherwise, and then constructing a dwelling by laying cinder blocks day after day, is one of the means used to legitimize their presence in the city.

This series proposes an overview of these land-access policies, in particular those that involve the distribution of individual land titles, and on their effects in the cities where they are implemented.

Articles in this series, in English :